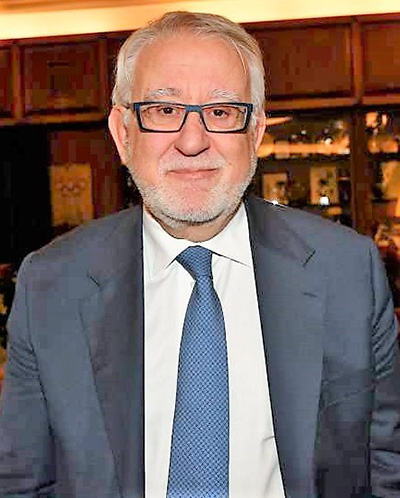 This email address is being protected from spambots. You need JavaScript enabled to view it.

Prof. Ernesto Stajano has extensive experience in public, private, corporate and commercial law and, in particular, in the areas of contracts and liberalization of public services, privatizations, project financing and antitrust.
Professor Stajano was awarded a Law Degree, with honors from the University of Rome “La Sapienza” in 1974.
In 1977 Prof. Stajano began his judiciary career. From 1990 to 1997 he was appointed Magistrate at the Court of Genoa and, successively, at the Court of Rome, and he developed extensive experience in commercial, corporate and bankruptcy law. In the same years he collaborates with the legislative offices of the Ministry of Justice and Ministry of Public Works and was a member of the ministerial committee for the drafting of legislative reform text
From 1982 to 1985 he was responsible for the first committee of the Consiglio Superiore della Magistratura (Superior Council of Judges).
From 1982 to 1989 he was a member, and then vice president, of the central steering committee of the National Association of magistrates. From 1989 he was appointed magistrate to the the Court of Cassation.
From 1984 to 1990 Professor of Commercial law and Legal Organization at the “National Institute of Public Administration”. During these years he also served as instructor at “l’Ecole Nationale de la Magistrature”.
From 1990 to 1994 he was elected member of the Magistrates Governing Council.
In 1994 Elected to the Chamber of Deputies.
In 1996 he was re-elected to the Chamber of Deputies, presiding until 2001 over the IX Transportation, Postal Service and Telecommunications Commission.

In 2002 he was Vice President of the Reform Commission for Civil Aviation at the Ministry of Infrastructure.
In the same year he was appointed President of the Legal Council of “ANAS Spa” (the Road Authority) and consultant at Formez (Training and Studies Center) for problems connected to the liberalization and privatization of public services.

In 2003 he was President of the Commission for the Reform of State Management and a member of the concessionary advisory board of Autostrade S.P.A..

In 2004 he was a member of the observatory on Public Works at the “National Institute of Public Administration”.

Ernesto Stajano is full Professor at the Public Administration Institute in Rome and and a scientific-academic coordinator at the Milan branch. For many years he was Resident Professor at the “National Institute of Tax and Revenue Inspectors “.
Attorney designated to the Supreme Court of Cassation and to higher Jurisdictions.
In 2005 he was member of the Board of Directors of “Milano Mare-Milano Tangenziale.
In 2006 President of “Aeroporti di Roma S.p.A
In 2008 he is member of the Board of Directors of Stradivaria S.P.A. project company involved in the construction of the Cremona-Mantova highway.
In 2010 he was appointed Special Commissioner of Firema S.P.A.